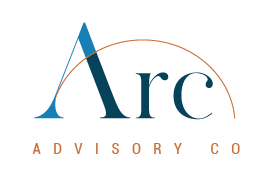 The first performance review I went through was incredibly stressful. I was told to meet my manager, who I had interacted with three times in the prior year, in her office to go through my performance evaluation. I had no idea what I was being evaluated on. We sat down and she said, “I’ve got your evaluation here and it’s already been approved by HR, so let’s review it.”

We walked through a document of Likert-scale check boxes next to words like “Customer Service” and “Work Ethic” and there were occasional comments in the boxes under the questions stating platitudes like, “Great job” or “Needs Improvement.”

The most substantive comment from the 3 pages of Byzantine boxes was, “Your colleagues like working with you but sometimes you are too jokey.” I asked for an example of “too jokey,” to which she mentioned that I had told a joke at the Christmas party 10 months prior (hint: the punchline was Crisp Cringle).

My overall score was a 4.2 out of 5, justifying a 4.5% merit increase (average increases back then were 5%). I asked if there was anything I needed to do to change or improve — and she said it was all in the evaluation and she was late for a meeting.

Did any of this information help improve my performance? I had nothing actionable, aside from not telling jokes during Christmas parties. I asked one of my co-workers about their perspective on what I should do and I’ll never forget their answer: “Performance evaluations are a crap-shoot and the best you can do is kiss up to the right person and hope your boss hears about it.”

We all know the current state of performance management is not good.

We have entered a new age, thanks to young professionals who are demanding a new social contract. To compete for talent, companies must be driven by mission and purpose; with flexible, dynamic teams and managers as “team leaders,” and not as “executives.”

Today, your value as an “influencer” is more important than where you sit on the hierarchy totem pole.

Performance management has to evolve to performance development, and there are 4 reasons for this:

As anyone who has filled out traditional performance appraisals, you know this can be an arduous task that often falls around the end of the year holiday season. At one point I had 28 people reporting to me and I can remember the stern looks from my wife (and pleading from the kids) as I hammered away on the computer trying to get them all done during our precious time off.

The traditional year end performance appraisals are complex, time consuming and expensive. According to studies done by Deliotte, estimates are a company of 10,000 spends about $35 million/year doing annual reviews and about 20 hours per year per employee completing appraisal forms.

Only a masochist finds traditional performance evaluations motivating. Because of the stress induced by your entire performance year being rendered by one person on one form, with impacts on your pay and your career, the annual performance evaluation meeting has become a worthless exercise. As neuroscience studies have shown, the stress and defensiveness of the evaluation often elicits the fight/flight/freeze response … which impairs the executive function and limits our listening capability (please read anything by Dr. David Rock on this matter … but start with “Your Brain At Work”).

The best way to motivate people is to find out who they are and customize incentives to the person. In our knowledge economy, there are some nearly universal principles that are outlined in Daniel Pink’s great book “Drive”. The basic premise is that people WANT to solve problems and innovate, so get out of their way by providing autonomy, mastery and purpose. Interestingly, “Drive” also details the research showing that financial rewards actually produce worse results … so don’t rely on money as the ultimate motivator!

…to be continued in part II.

PrevPreviousDevelop It. Don’t Manage It.
NextWomen Are Irrational, Men Are Insensitive, & Millennials Are LazyNext